How will we know it's us without our past? 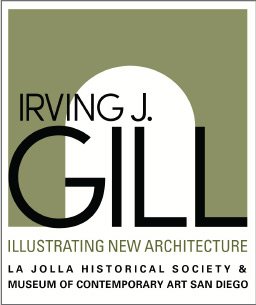 The La Jolla Historical Society and Museum of Contemporary Art San Diego present Irving J. Gill: Illustrating New Architecture, a collaborative exhibition of renderings as a study in the master architect’s perspective presentation of building design and the integration of architecture in the landscape.  In addition to plan and elevation drawings, Gill’s professional practice included hand-drawn sketches and watercolor renderings, often with a mixed color palate.  These renderings reveal the artistic, design, and technical skills of the modern architectural master, and Gill’s interest in architecture’s relationship to the surrounding natural and designed landscape.  Drawn from the archives at the University of California, Santa Barbara Art+Design+Architecture Museum and from the San Diego History Center, these renderings are exhibited for the first time as a group presentation. Curated by Kathryn Kanjo, Deputy Director - Art and Programs, Museum of Contemporary Art San Diego.

This exhibition is part of Irving J. Gill: New Architecture for a Great Country, a collaborative project of exhibitions and programs by Southern California cultural organizations.

From Jazz Age to Our Age: Landmark Homes in La Jolla 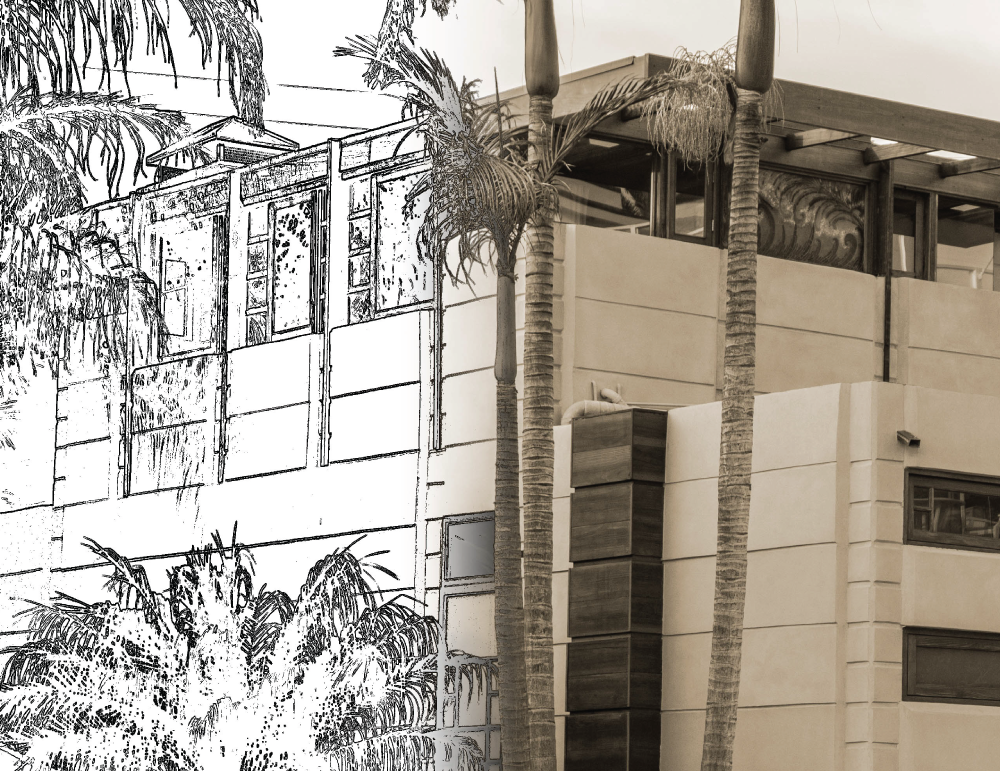 In the 1920s and 1930s, the automobile and electric streetcar encouraged the development of suburbs such as the Barber Tract, La Jolla Hermosa, the Muirlands, and La Jolla Shores. Beach cottages gave way to the work of architects who adapted historical styles to modern sensibilities, creating uniquely regional designs in Spanish Revival, Moorish, English Tudor, and early Ranch styles — today considered as “landmarks” of design. This exhibition examines how the early subdivisions built on the outskirts of the village continue to define neighborhoods, street patterns, and historic architecture. Architects and designers sought to capture a distinctly regional Southern California style, drawing on the talents of local craftsman working in glass, iron, tile, clay, redwood, and stone. Today, their legacy is preserved through historically designated homes. This exhibition focuses on thirty-five designated homes of the 1920s and celebrates the design, craftsmanship, and values that first shaped La Jolla neighborhoods.

Curated by Dr. Seonaid McArthur with the assistance of Dr. Molly McClain, Dr. Diane Kane, and Reena Racki AIA. Our appreciation to Nick Agelidis, Tony Crisafi AIA, and James Rega. Special thanks to the owners of Landmark Homes for preserving a valuable part of La Jolla’s heritage.

This exhibition and accompanying catalog tells the story of William Newport Goodell’s life through the presentation of his artwork, supplemented by artifacts and photographs that add to the narration of his personal journey and relationship to La Jolla. Goodell (1908–1999) was a long time La Jolla resident who taught art, art history, and drama as a faculty member at La Jolla Country Day School from 1961 to 1983. Goodell’s oeuvre was mostly created before he became a teacher, and reflects influences of impressionism with Regionalism (also referred to as American Scene painting), an American realist modern art movement that was popular from 1920s through the 1950s. Working in oil paintings, watercolors, pastels, and serigraphs, his representational images are often mounted in his own hand-crafted frames. This exhibition will be presented at two venues concurrently: the La Jolla Historical Society and the Athenaeum Music & Arts Library in La Jolla. The La Jolla Historical Society will focus on Goodell’s work and life, his self-portraits, family portraits, still life, and other figurative work, while the Athenaeum will focus on Goodell’s landscapes, seascapes, and work inspired during wartime service. William Newport Goodell: painter, craftsman, teacher develops new scholarship about the artist’s history, whose work has not previously been presented collectively, and the catalog will include original essays that are biographical and place Goodell’s work within the context of American art history. Goodells story is especially germane to the La Jolla Historical Society, where from 1942-1961 Wisteria Cottage served as The Balmer School, predecessor to La Jolla Country Day School. Organized by the La Jolla Historical Society and curated by Tara Centybear.

Major funding for this exhibition provided by Sandra and Bram Dijkstra, with additional support from the Florence Riford Fund of the San Diego Foundation, ArtWorks San Diego, Ira and Jane Carlin, Ruth Covell M.D., Meg Davis and Brian Earley, and Lyn Thwaites and Peter Karlen. Institutional support provided by the City of San Diego Commission for Arts and Culture and the Members of the La Jolla Historical Society and the Athenaeum Music & Arts Library.

Our deepest appreciation extends to all of the lenders who graciously allowed their works to be included in this project: Alida Bill, Adrienne Brodeur, Jane and Ira Carlin, Sandra and Bram Dijkstra, Virginia and Will Erickson, Carolanne Gano, Alex Gano, Jean Barrett Holloway, Lyn Thwaites and Peter Karlen, Billy and Ellen Simms, Nicola Thwaites, and Helen and Jan Wyatt.