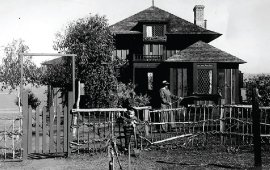 A country without a past has the emptiness of a barren continent; and a city without old buildings is like a man without a memory.

The Landmark Group consists of owners of historically designated properties who support the La Jolla Historical Society’s efforts to preserve our architectural heritage.  The Landmark Steering Committee maintains a network of these homeowners, assists prospective members in securing historical designation, plans events for La Jolla Landmark Week, and sponsors the annual Jewel Award to recognize La Jollans for excellence in restoring and preserving their homes.

As of 2020, the City of San Diego Historic Resource Board has designated over 150 La Jolla Landmarks.  An overview with photographs of the landmarks is provided here.

The Steps to Historic Designation

The Benefits to Historic Designation

•   PROPERTY VALUE. Property values can increase substantially in neighborhoods where historical homes are purchased, restored and maintained. Research has generally shown that resale values are increased, particularly in La Jolla, where the sale price becomes the tax basis if the home is not historically designated. Not only does your home gain additional value, so do those within 300 feet of your property. This is because designation stabilizes neighborhoods and provides certainty about future development.

•   HISTORICAL RECORD. The benefits to the community are great. You are preserving a unique, one of a kind property which is important to the history of your community. The completed Application for Historic Designation provides a detailed historic record of your property, an invaluable resource for posterity.

•   FINANCIAL BENEFIT. If your home qualifies for the Mills Act you will benefit with a property tax reduction with savings that can vary from 20% to 70% based on the County Tax Assessor's property valuations in accordance with the to state law formula. The amount depends on your property’s location size and comparable rents in the area. The value continues to be assessed by the County Tax Assessor's Office using a formula and procedures contained in state law. 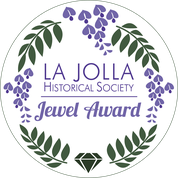 The Annual Jewel Award recognizes outstanding efforts of homeowners who preserve and restore, rather than replace a historic home, contributing to La Jolla’s rich architectural environment. The Landmark Steering Committee brings forward nominations for the award which are voted upon by the Historical Society Board of Directors.

The criteria for selecting award winners are roughly based upon the National Park Service, Secretary of Interior’s Standards for the Treatment of Historic Properties.

The Restoration Award recognizes the efforts of the owners to accurately depict the form, features, and character of a property as it appeared at a particular period of time by means of the removal of features from other periods in its history and reconstruction of missing features from the restoration period. Work focuses upon the ongoing maintenance and repair of historic materials and features. Minor new exterior additions which do not change the visual character of the historic structure as viewed from the street are permitted.

The Rehabilitation Award recognizes a process of making possible a compatible use for a property through repair, alterations, and additions while preserving those portions or features which convey its basic historical, cultural, or architectural character. The Rehabilitation Award acknowledges the need to alter or add to a historic building, or modernize, to meet continuing or new uses, while retaining the building’s basic historic character.

Award for Historic Preservation: Adriana Diakiw and Hal Meltzer, for their 2018-2019 restoration of 360 Fern Glen.

Award for Historic Rehabilitation: Michelle and Brett Lanuti for their 2017 rehabilitation of 1419 Virginia Way. 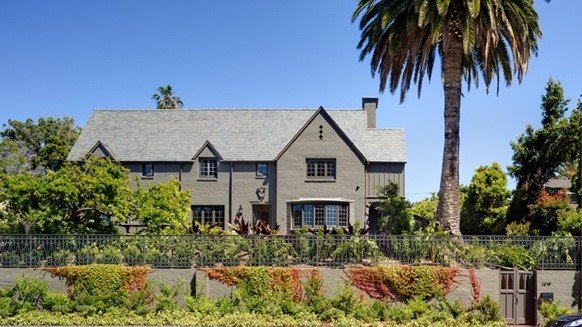